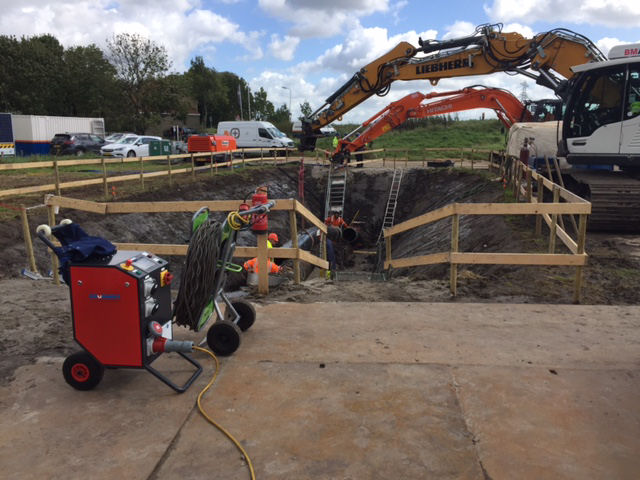 An oil pipeline that runs from Rotterdam to Venlo in the Netherlands and then splits to continue on to two locations in Germany required partial replacement; this was the finding of an inspection at the distribution station in Venlo. After cutting through the old pipe the workers found undesirable residual magnetism. This makes welding impossible. The result was panic due to time constraints.

Avoid downtime
The oil had to flow through the pipeline the next day, because the buffer was too small to accommodate a longer downtime. Otherwise many German industrial operations would be without oil, resulting in substantial damage claims for the contractor – so time was of the essence. Fortunately, our flexible demagnetization expert Ger was able to reschedule his other work and was quickly on location. He brought a mobile demagnetizer and wrapped a cable around the pipeline which then created a counterfield to neutralize the magnetism that was present in the pipe. About three hours later the process was complete and welding was possible again.