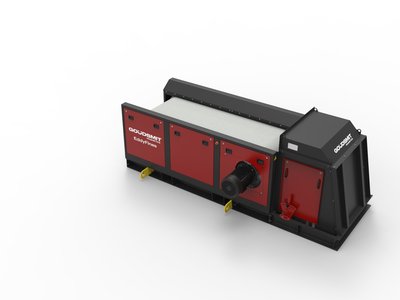 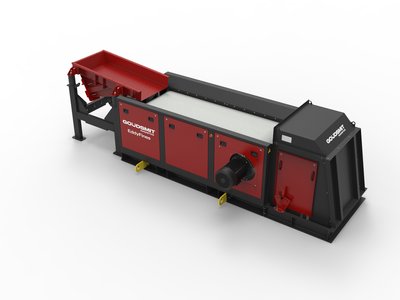 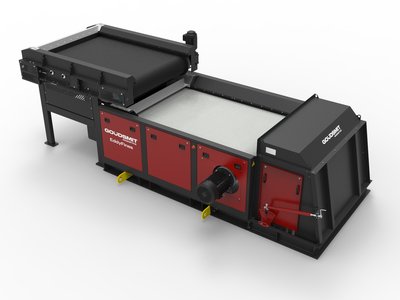 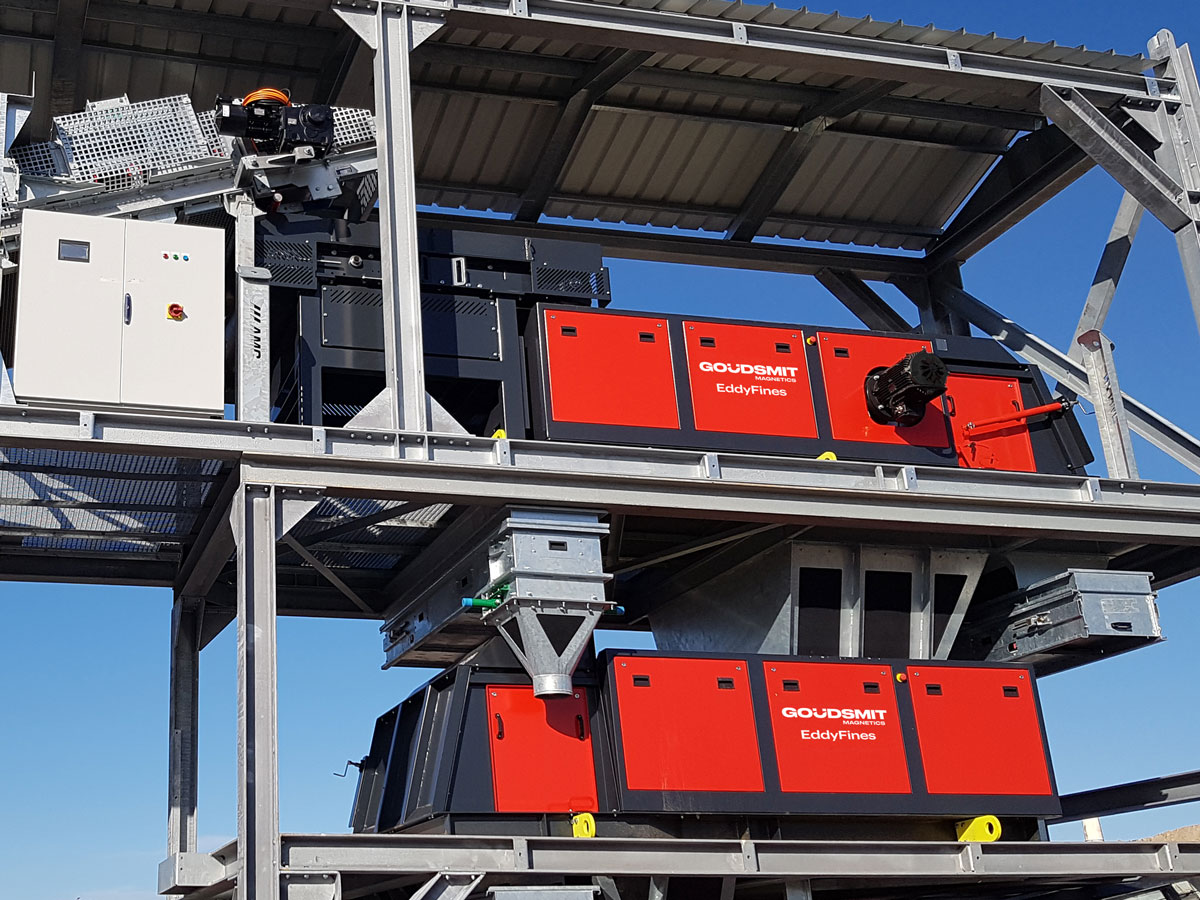 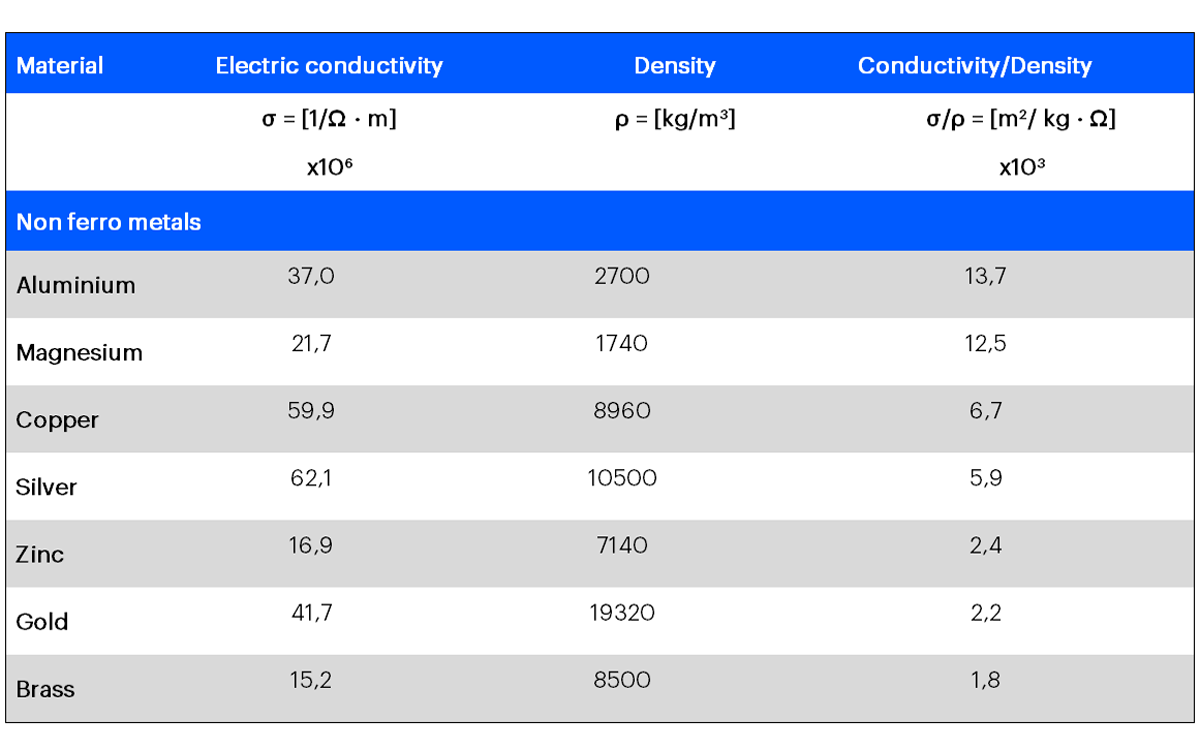 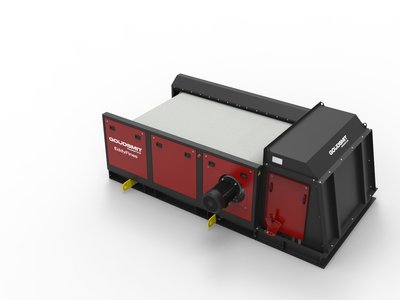 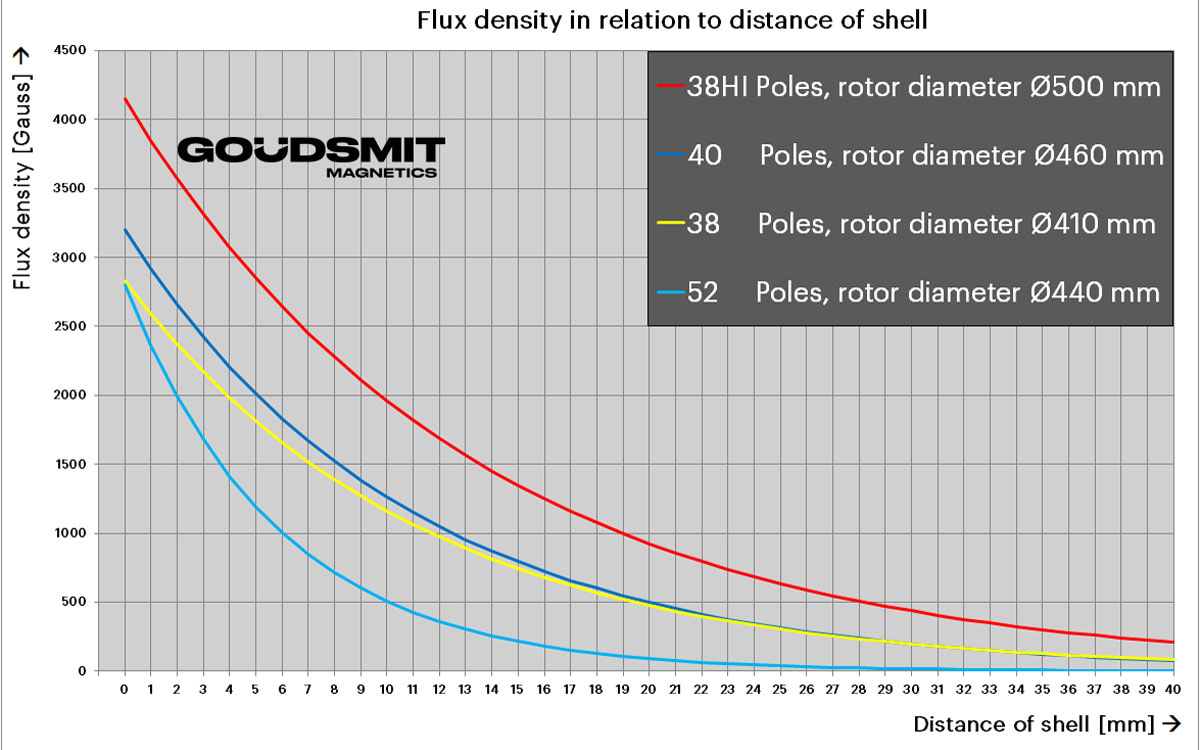 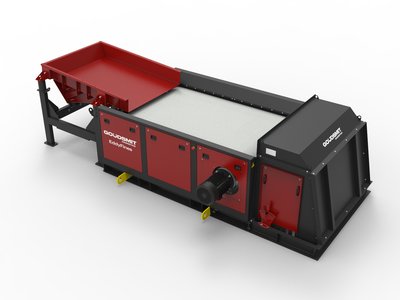 Because product streams often contain pieces of iron (ferrous elements), the Goudsmit eddy current systems include a deferrization module. This allows removal of pieces of iron via a separate route, before the actual non-ferrous separation takes place. Possible solutions include a vibrating chute in combination with a drum magnet, or a conveyor belt in combination with a magnetic head roller separator. Both systems can be built with various magnetic strengths, for separation of strongly magnetic or even weakly magnetic metals (such as stainless steel). See animation.

The conveyor belt module has an integratedmagnetic head pulley. This provides efficient removal of the pieces of ferrous metal still remaining in the supplied product stream. The magnetic head roller can be made with various types (strengths) of magnet, so we can always guarantee the best solution for your product stream.