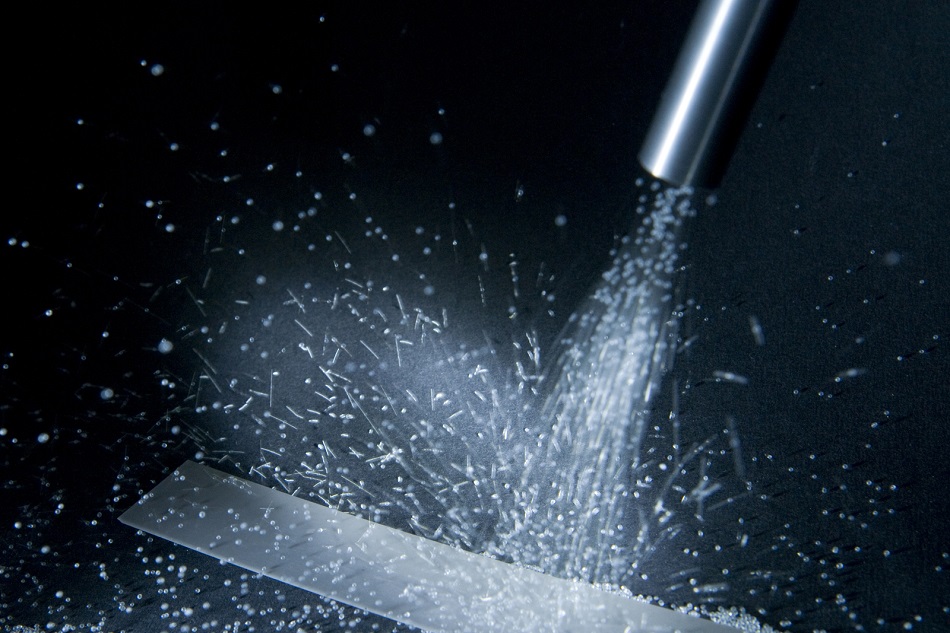 When it comes to bodywork, constructions, machines, tanks, wheel rims or bridges, these various products all have one thing in common, and that's a process they undergo during production or maintenance: abrasive grit blasting. Blasting is a surface treatment of hard materials in which compressed air from a compressor is used to blast grit against a surface.

This has an abrasive effect and removes rust, paint or other contaminants from steel, non-ferrous metals, asphalt, stony materials and other surfaces. There are thousands of different blasting agents that can help you achieve such an effect. Some examples are: sand, ceramic grains, glass bead, coal slag grit, cast iron grit or blasting grit.

Process
I asked my colleague Henk Verkolf to describe the process of cleaning blasting grit. Henk explained, ‘The used grit can be made suitable for reuse with a magnetic drum separator. This separates the contaminants, such as paint residue and rust, from the magnetic abrasive. Magnetic drum separators are also used at companies that blast steel and stainless steel. They use such magnets to separate the steel blasting grit from the non-steel (e.g. ceramic) grit, making it reusable.

Magnetized grit
However, the steel grit can become slightly magnetized and therefore clog the blasting nozzle. Then a demagnetizer is used to remove the magnetism from the grit, preventing clumping of the blasting agent. After the grit has fallen through the demagnetization tunnel, it is sucked back through a hose to the blasting equipment where it can be used again. In a nutshell, then, use of a magnetic drum separator extends the life of the grit and ensures that users do not blast clean surfaces with dirty blasting agent.’

Magnetic drum separator
He continues, ‘The advantage of a magnetic drum separator is that the deferrization can take place in a continuous process. The product stream does not need to be stopped to remove the magnetic particles. Moreover, the product makes direct contact with the magnet. The magnet attracts magnetic particles that are in the product. The attracted particles cling to the surface of the drum until they reach the underside, where the particles drop off and can be collected and carried away.

Demagnetizing tunnel
Blasting grit is a magnetic conductive material. After contact with the magnetic drum separator it can therefore become inadvertently magnetized, causing the material to clump together. By passing the grit through a demagnetizing tunnel immediately after passing the magnetic drum separator, the magnetism is removed and the material is suitable for use again. Magnets often serve well in production processes, but in this particular situation magnetism is undesirable, and Goudsmit has a practical solution for this too.