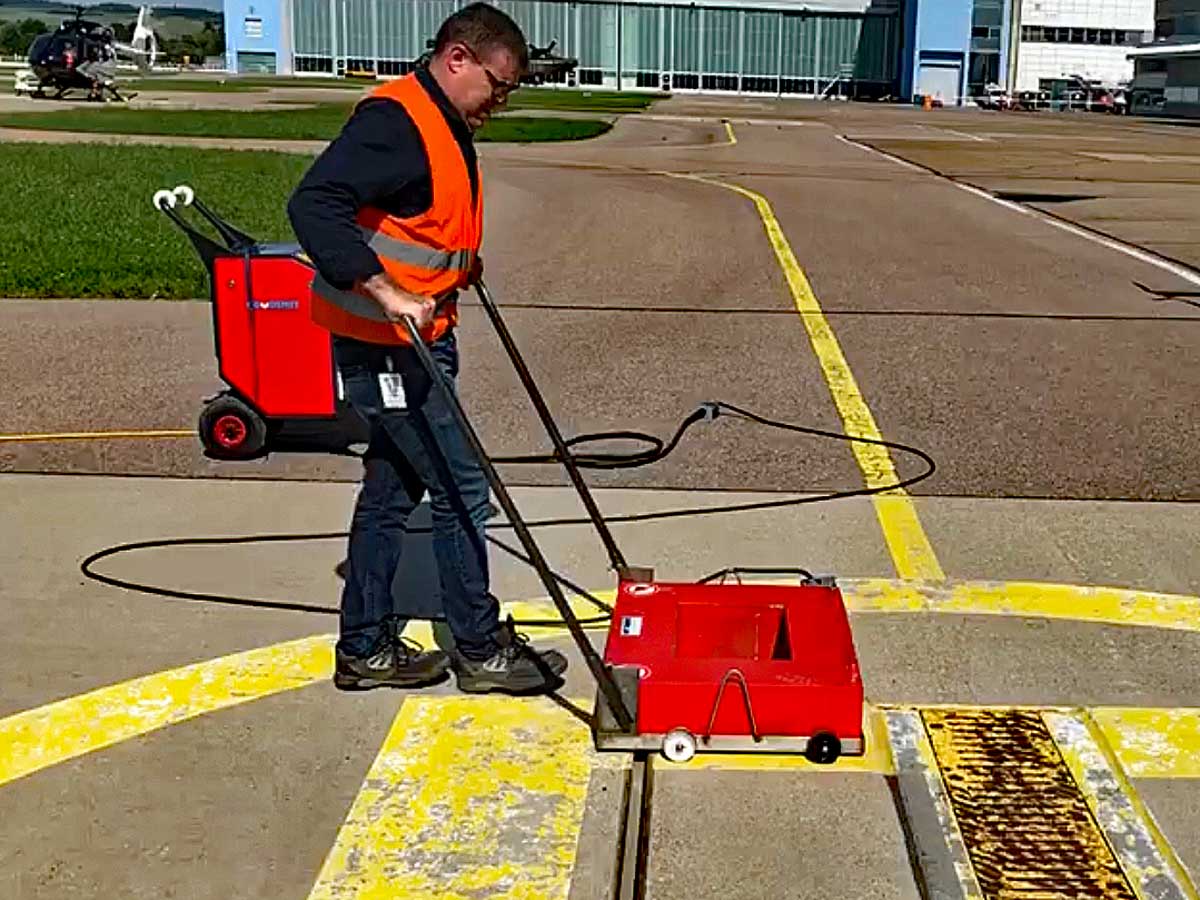 Our demagnetization expert Ger recently demagnetized a helipad in Germany. This was necessary because the compasses of the helicopters on the thirty platforms present were affected by the magnetization of the gutter covers, rails and reinforcing steel. The compasses of the helicopters deviated considerably. The magnetism was caused by a magnetic sweeper that was meant to keep the platforms free of iron particles, but which unintentionally magnetized all steel parts. During the process and after some tests, the idea arose for a new application of a demagnetization tunnel.

The problem
The expert made an attempt to demagnetize the gutter covers and rails present in the concrete deck. To do this, they placed the cable of a mobile demagnetization unit on the steel parts and tried to demagnetize them through a controlled alternating current. This was not sufficient to reduce the undesired magnetism to an acceptable level. They subsequently wrapped the cable around a plate and dragged this structure all over the platform with the aim of also reaching the reinforcing steel below the surface. The result was better, but still insufficient.

The solution
The demagnetization expert continued to look for a solution. Eventually, they placed a demagnetization tunnel on its side and mounted wheels underneath it; the tunnel therefore functioned as a demagnetization sweeper. The high power of the tunnel, plus the controlled alternating current, ensured that the magnetic values in the platforms reached an acceptable level and could no longer influence compasses. This methodology resulted in a completely new product, which was immediately purchased by the helicopter manufacturer and applied by them to the other 29 platforms.

The new demagnetization system also works well for large steel plates of 12 x 4 metres, like those used for windmill foundations at sea. Magnetism in the plates influenced the welding process.

You can find more information about demagnetizing on location on this page.