The Hyperloop: from Amsterdam to Paris in half an hour (CO2-neutrally). 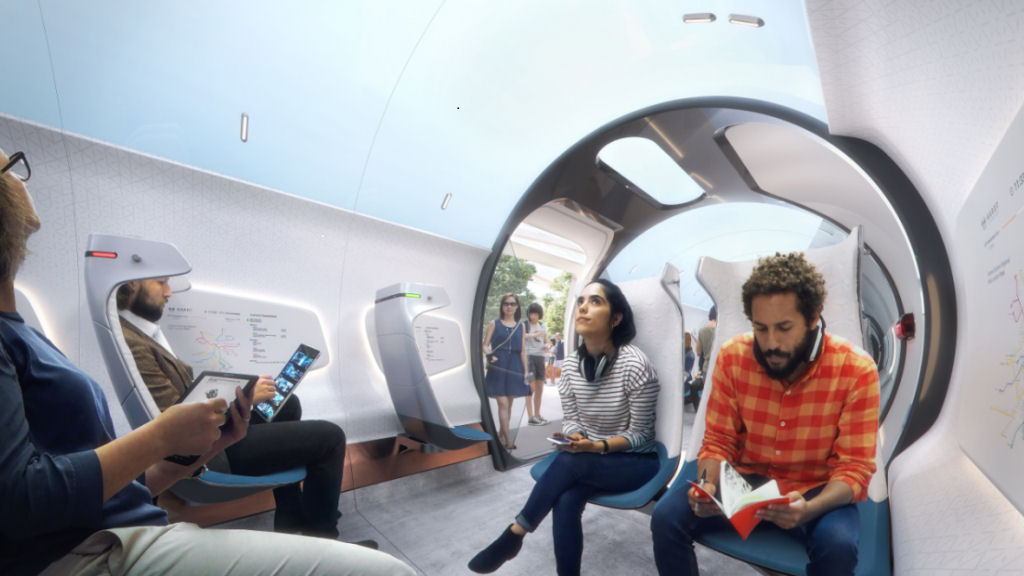 The Hyperloop is an alternative to the train or plane, but without energy costs, emissions or delays. Goudsmit will supply the magnets for this.

What is a hyperloop?
A Hyperloop is a kind of pneumatic tube dispatch system that transports people and goods at high speed. Inside the tube is a vacuum; there is no air resistance or friction. This ensures that the Hyperloop reaches speeds of 1000 km per hour. The target is even higher - 1200 km per hour.

Is it a Maglev train?
No. It works very differently from the Maglev that operates in Japan, for example. The tube contains a capsule or pod that is suspended from magnets, making it float. Electronics regulate the magnetic field so that the capsule can move through the tube and slow down.

Advantage
Travelling with the Hyperloop is energy efficient, CO2 neutral and extremely sustainable. We'll never be stuck in traffic again. It is estimated that the hyperloop will be able to carry twice as many people as a high-speed train. Another important aspect is we will be able to travel in all weather conditions - including during storms, snow or heavy rain. Because the capsule floats, there is no wear and tear to rails and hardly any maintenance is required.

Where will you be able to go in the Hyperloop?
By 2030 there should be a 10,000 kilometre tube network within Europe, alongside the current highways or railways, connecting the main cities. From Sweden to Istanbul and from Moscow to Malaga.

Who came up with the idea?
Elon Musk, the American Tesla entrepreneur, came up with the idea. In 2012 he launched a competition to find the most realistic design. Students from Delft University of Technology won this competition and then founded Hardt. They approached Goudsmit Magnetics for the magnets. For your information: Elon Musk himself is working on a Hyperloop, as is Richard Branson. This video shows more.

What do the magnets do exactly?
Magnets ensure that the capsule floats freely in the tube, they push it forward and they provide stability. So you won't be shaken back and forth even at enormous speeds or during track changes.

The magnets are immensely strong, because the passengers and luggage together weigh quite a bit. Magnets also make it easy to change tubes, so that you can turn right or left at full speed without any stops.

Hardt and Goudsmit developed this fast changeover technology together. They're ahead of Tesla and Virgin: they can't do this yet.

Which problems is Hardt encountering?
The huge, new infrastructure of tubes and platforms must be realised alongside the existing rail or road network. That's one of the problems. Because to do that, you have to expropriate land and arrange permits.

And, of course, the funding: Hardt needs an estimated 25 million euros for the construction of a 3 kilometre long High Speed test track in Groningen. The new European Hyperloop Center will be built here. The other developers will also be welcome there. Safety comes first, which is why extensive testing is important.

And Goudsmit Magnetics?
Goudsmit must be able to supply sufficient magnets in the long term. The basis for the super-strong magnets is neodymium, a rare earth material that comes from Chinese mines. Our R&D Engineer has calculated that one Hyperloop route from Amsterdam to Frankfurt would require more material than the three largest mines in China can supply for that route. That's far too little, so we need to look for other sources.

It's really great to be able to contribute as Goudsmit Magnetics to a fast, comfortable and environmentally friendly form of transport between large cities.

You can also read this article in The Guardian.